·
By Sherry Rothwell
·
Under Mindset

When your toddler says she's fat. 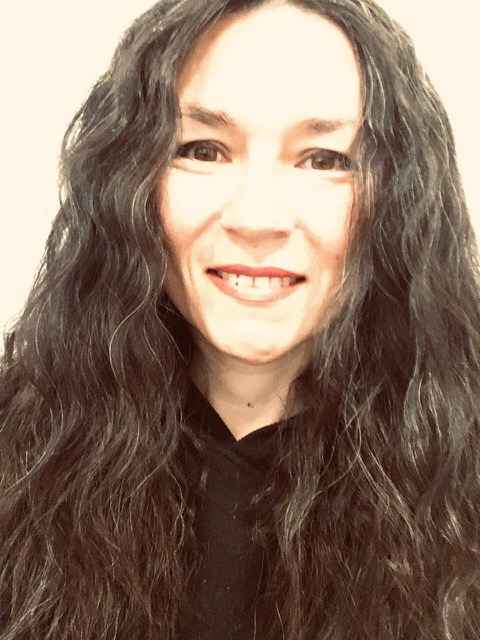 I was chatting with a lady yesterday about young girls and body image and how she had heard that my daughters dance school was well known for being a place with zero tolerance of body shaming or pressuring dancers to be a certain size.

As the mother of a thirteen year old, I was really glad to hear that my daughter's dance school had this reputation. And yet that hasn't stopped her from feeling the internal and peer pressure of wanting to be thinner.

It made me think back to a few years ago when I first separated from her father and lost more than 50% influence around the food that was provided. Within 2 months she gained a lot of weight - the stress of the separation didn't help, but she also went from eating a 100% organic whole foods diet to eating the SAD diet (standard north american) diet more than 50% of time…I say more than 50% because of the junk food and fast food she ate when hanging around with her friends.

I felt awful for her because she soon started to notice her body change……. and in 'round about' ways was trying to ask me how she could lose weight without saying the word 'diet'.

Even though I help people lose weight and my brand uses the word diet in it, she knows my philosophy is not in line with the conventional approach to losing weight. She knows the Delish Diet refers to the natural diet of our species and a natural way of life.

I don't subscribe to 'eating less & moving more' and I don't think anyone should go on a 'diet', let alone a child.

My mind reeled with fear as I imagined "what if her Dad is telling her to eat less (while simultaneously providing her with a plethora of poor quality foods, taking her to fast food restaurants and buying take out)….all the while trying to convince her that if she just exercised more that she would lose weight (just like the way he used to badger me about my figure not being good enough due to my lack of "fitness")? Sigh.

She saw me lose 12 dress sizes without exercising, while eating high fat foods and sweet treats but she still talked of wanting to go jogging to lose weight and work out to get 'abs'.

Like most teens today, she has been exposed to the world of instagram models and fad diets through social media that romanticizes having athletic bodies with 6 pack abs.

I really noticed her apprehension when she asked me about how she could lose weight. She wanted to go on a diet, but she was too afraid to ask me directly about it because she knows I am against dieting in the conventional sense.

I felt like I had failed her as a mother. That I should have succumbed to her father's ultimatums on my life to protect hers. That maybe I should have suffered, stayed and martyred myself until she graduated from high school to have more power to protect her health and be there to defend her from being imprinted with the pressure to 'exercise' and the diet mentality. If those ultimatums hadn't been so awful I probably would have.

I believe it is emotional abuse to put children on diets and pressure them to exercise. And I believe it is a form of neglect to not provide healthy whole foods to children - when you have the means to do so.

So many children are overweight and have zero power to change it because their parents have a low level of health consciousness and low standards when it comes to nourishment and food. They don't need to exercise more or go on a diet, they need to be provided with the natural food of their species.

This is such a systemic issue, because parents who have high standards for what they will feed their children (and what they won't) are actually looked down on (like as if they are being mean to their children by not providing junk food). We live in such a backwards world right now where doing what is natural to our species (eating the diet of our species) is considered weird, extreme and 'hippy'. While eating fast food, processed and packaged food is normal and acceptable.

As parents who grew up just the same, we aren't to be blamed for not intrinsically knowing better, but we do have the ability to assume our power and responsibility to transform it for ourselves, our family and our kids.

I have my daughter 50% of the time and so I feed her healthy foods during the time I have her and I have taught her (both intellectually and in practice) what she needs to know about what causes the body to store fat and what causes it to burn fat - so that she is not vulnerable to fall for low calorie, low fat, fad diets that would do nothing more than hurt her psyche and trigger binging (like they did for me when I was a kid).

We as mothers and fathers have the opportunity to stop the cycle. 'Eat less and move more' sounds innocent enough, but it is even more harmful than it is ineffective.

We need to stop perpetuating the diet mentality with our children.

A lot of us have grown up in family's where we would be judged for having extra weight because the diet mentality teaches that being overweight is simply a matter of eating too many calories and not moving enough.

We were taught that basically fat people are gluttonous. And since gluttony is a sin, overweight people are lazy and undisciplined sinners who lack willpower (at least that's the message I got from it). In fact when I was a teen, I was fascinated by anorexic women because I thought they were so much more self disciplined than I was - they were obviously better than me.

Now when I talk to my daughter about food, health and body fat, I do my best to speak about these things in a matter of fact and neutral way that represents the physiology of the body and how we attain health.

She's a teen and all, so it doesn't necessarily equate to stopping her from having fun eating the way teens like to eat, but I am planting seeds and she does recognize how much better she feels when she eats healthy - she especially notices how what she eats affects her skin and digestion.

The biggest impact that I can have on her though is through example.

I eat healthy without being a purist - that's how I dropped 12 dress sizes and have kept it of now for 7 years (that's just 3 years short of a decade) - without "exercise".

So the question is, as a parent where are you at with the diet mentality? Are you perpetuating it with your children or have you just thrown your hands up in the air, given up and lowered your standards? It's not too late to change things.

The biggest impact you can make when it comes to your children's health is being an example. Actions speak so much louder than words.

In my family growing up weight was definitely an 'issue'. My aunt once told me a funny story about how I used to walk around as a toddler saying "I'm so fat" mimicking my mother who herself was barely past twenty and struggling with her weight. It's the kind of story that makes you laugh at first - but next it makes you think.

Being programmed with the whole diet mentality starts for most of us at a very young age. How much longer are we going to keep succumbing to something so damaging to our psyches and completely ineffective towards the end it promises?

To help you do that, I have created the Delish UN-Diet School and Group Coaching program.

Click here to learn more and get on the waitlist: https://www.delishdiet.ca/group-coaching-program

While it starts with you, it's going to make a huge difference to have your whole family on board. And to that end I have been guided to offer you something very special to change your family milieu around eating healthy and dieting. When you join the Delish UN-Diet School & Group Coaching program your partner, mother, sisters and daughters - the ones who you know would value de-brainwashing themselves of the diet mentality - get a complimentary seat too.

Why am I doing this?

Because my clients tell me how hard it is to make permanent changes in their own diet and lifestyle when they don't have anyone else on the path with them.

They find it super difficult to be surrounded by people with a low level of health consciousness and low standards when it comes to food.

You can change your friend group, but you can't change who your family is.

Even if you just have one person who wants to join you on the journey, that can make a massive difference. I

You can learn more about the Delish UN-Diet School and Group Coaching program and get on the waitlist by clicking here: https://www.delishdiet.ca/group-coaching-program